The back of our property is bordered by what is largely a scrub bush and a 2 acre or so ‘sinkhole’ which receives local water runoff. My hopes are to turn the scrub brush into a woodland which will include some native Ontario trees and shrubs. In other areas along the back of our property, I’d like to use a variety of evergreen and flowering shrubs for summer and winter interest. The first step required removing two very large but ailing trees as these would likely fall down on their own within the next few years anyway. 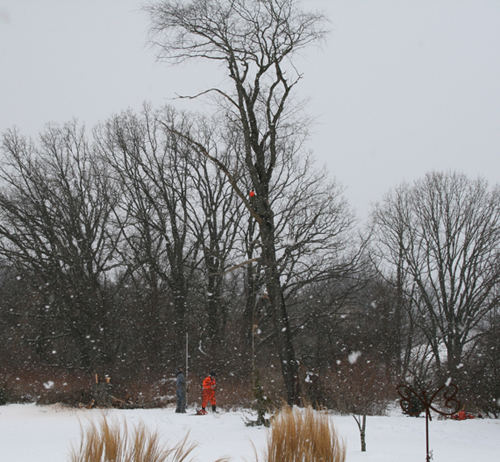 I’m glad it wasn’t me climbing that tree on a cold snowy day in February! We were left with a lifetime supply of wood. Anybody want to help me move this? By the end of March it finally warmed up and I was able to get started on clearing. Although there are some good native Ontario trees in the site, many of them are completely covered in grape vine or surrounded by heavy growth of raspberry canes. Another problem is an abundance of Manitoba Maple saplings which I will have to remove and keep on top of. They have completely taken over our neighbour’s back bush. 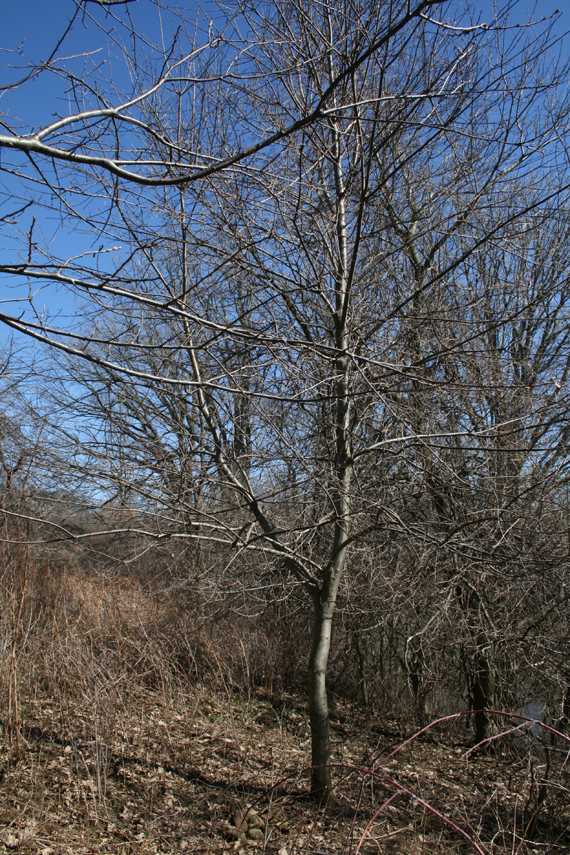 The rather large woodpile it created: 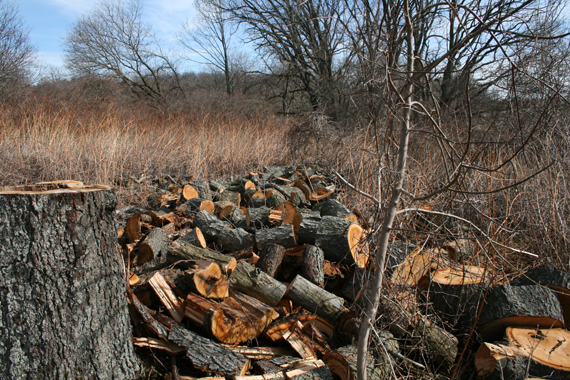 Another native Ontario tree and one of many sizable prunus serotina (black cherry) rescued from the grapevines. Unfortunately some have black knot fungus. I will try to save as many as I can as the galls are currently relatively small. I was hoping to save as many existing trees as I could and these are certainly nice looking trees. 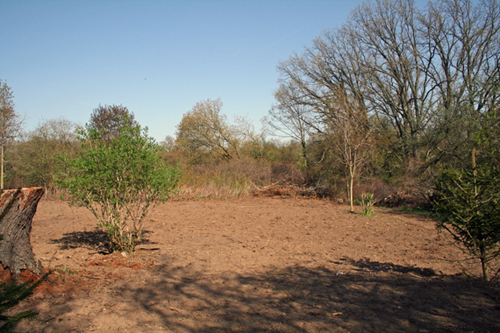 Everything is cleared and ready for planting among the native trees and shrubs we managed to save. 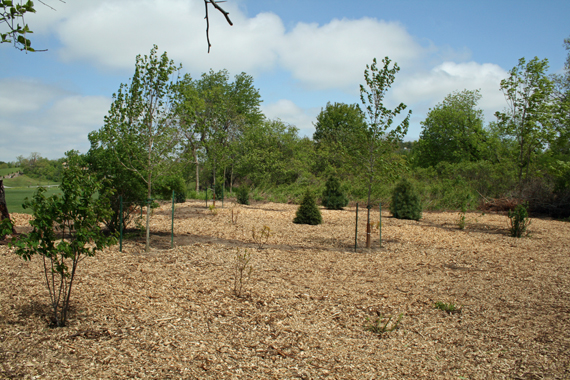 The woodland trees are now in and mulched to keep the invasive weeds down until I can build a nice herbaceous layer. By the way, it took three dump truck loads of mulch!