A large part of our back yard faces a natural bush which is great except for the invasive grape vine and other invasive weeds. We have spent many hours pulling vines out of trees, cutting it back, digging it up, but of course wherever we stop there is more and it just keeps creeping in. So I decided to try and build a 2 foot high rock fence or wall out of some free field stone rocks to see if that helps hold back some of the brush. The wall is not a retaining wall but rather a free standing stone fence. The total length of both fences (one on each side of our vegetable garden) will exceed 70 feet so will take a lot of rocks. Luckily the rocks came free courtesy of a neighbour who just finished building their house and pushed back all the rocky soil for their future lawn areas.

I dug up any vines in the front of the fence and will regularly cut back anything that creeps over the top of the stone fence. This should allow me to safely plant some shrubs in front of the fence without them being taken over by vine. I hope! 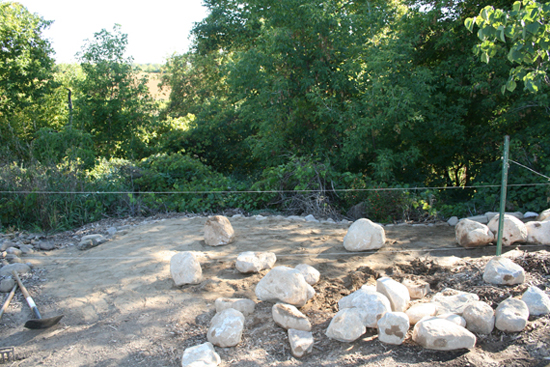 The first step was to remove the old mulch and bring in some dirt to level off the area where the fence would go. We used regular poor quality dirt from the construction site across the street. I also laid out a string 2 feet high for the back of the wall, and a string on the ground 2 feet in to mark the front of the fence.

The the process begins. Larger rocks are placed along the bottom both in the front and back. The middle is filled with small junk rock which won’t be seen but helps fill in and secure the rocks in place. 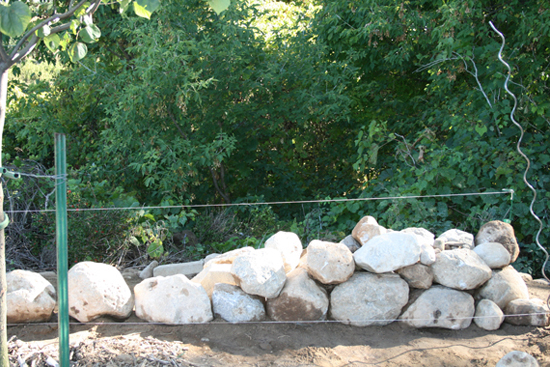 The right wall is almost finished although the side wall needs to come forward a bit more. I’ve run out of rocks again so back to collecting! 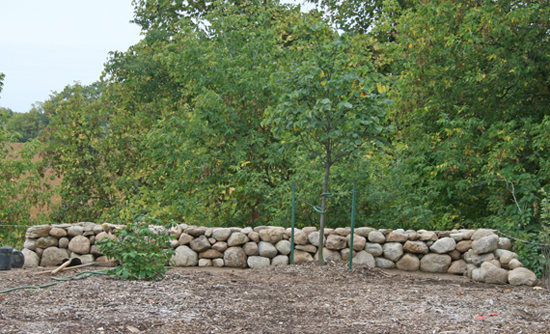 A few weeks later and the left wall is finished. 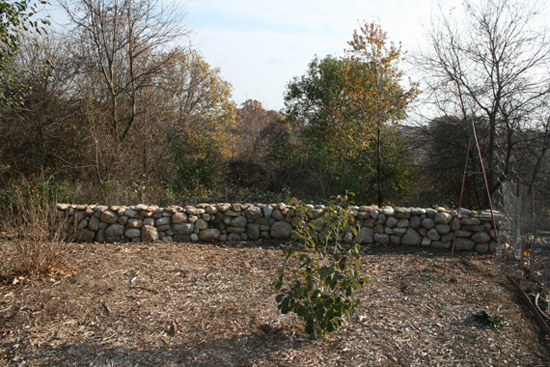 The left wall curves into an area where I will create a pathway into another section of the bush. The wall really should be a bit longer but I’ve run out of rocks. Maybe next spring?! 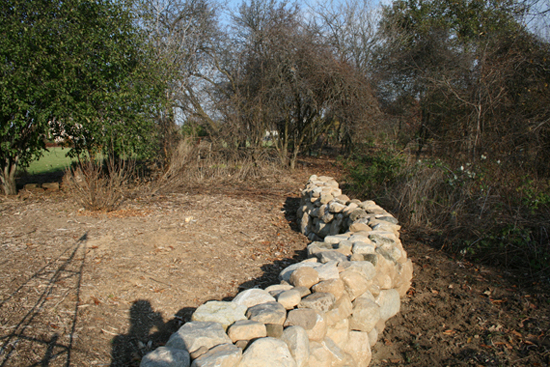 I’ve placed ajuga as a groundcover behind the wall to act as another buffer barrier between the wild area and the gardens.